Tim Berners-Lee launched the campaign “Contract for the Web”

The free and open web is a place full of opportuities, but also a place full of real challenges. Due to a digital divide, a number of individuals, households, businesses, and geographic areas still have no access to the web. And those who do, use the web on the basis of a number of risks such as a loss of privacy. For this reason, the World Wide Web Foundation launched a global campaign to connect everyone to a web that works for people.

At the Web Summit in Lisbon, Tim Berners-Lee launched the campaign “Contract for the Web”. He shared starter principles for the contract, defining responsibilities that governments, companies and citizens each have to create a better web.

The foundation is calling for people to support these principles and get involved in a process to build them into a full Contract for the Web that will be published in May 2019 — the “50/50 moment” when more than half the world’s population will be online. Governments and organisations are encouraged to make the web affordable and accessible. Both groups are asked to respect user privacy and personal data, calling for “civil discourse and human dignity” and to “create rich content.”

The web is at a crucial point. More than half the world’s population remains offline, and the rate of new people getting connected is slowing. Those of us who are online are seeing our rights and freedoms threatened. We need a new Contract for the Web, with clear and tough responsibilities for those who have the power to make it better. I hope more people will join us to build the web we want.

The Contract for the Web launched with high-level backing from over 50 organisations, including the French government, civil society organisations, as well as companies including Google, Facebook and Cloudflare. Companies who have had their fair share of scandals on the privacy frontin the last year — most notably Facebook’s Cambridge Analytica debacle.

The launch of the contract comes amid a growing awareness of the risks posed by digital technologies. As part of their #ForTheWeb campaign, the foundation launched The Case for the Web report, which reflects on what the web has allowed humanity accomplish over the past nearly 30 years, examining the current trends that threaten its future, and outlines actions we must take to reverse these trends and ensure that the web remains free and open for everyone. The report outlines the urgent action needed to tackle these risks, covering issues such as hate speech, data privacy, political manipulation and the centralisation of power online among a small group of companies. More than 1.5 billion people still live in countries with no comprehensive law on personal data protection, leaving them particularly vulnerable to increasingly common incidents involving breaches of personal data. 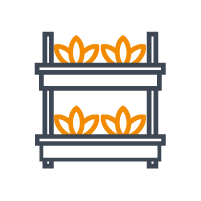